“No Man is an island”… except for Trump!

When all of the world should be coming together, Donald Trump exhibits behavior that seems to be pulling us apart or at least from our Allies. Focusing on fear, embellished with lies, he tweets his nonsensical statements, almost sounding as though the words just flowed without thinking. Each time he does it he diminishes his credibility, until one day he will just be the little boy who cried wolf. When he finally does give a credible statement, if ever, no one will be there to believe it. Flexing his muscles has only accomplished “Make America Great Again” closer to being “Making America Alone” and we all know that as humans, we don’t do well without communication with others, as so with countries. Our Alliances since WWII have grown and given the dark side of the World a sense that we are stronger together both militarily and economically. Deals between countries are not decided by one person, but by the needs and advice of others. Plowing into NATO and pulling out of a voluntary agreement, The Paris Accord,  established for the betterment of the air we breathe and the longevity of our planet are just two more steps to loneliness for the USA.

“No Man is an Island,” a poem written by John Donne, meaning that human beings do not thrive when isolated from others. These words are also taken from the Bible, expressing the need for others. Whether it be humans, animals, or countries existing side by side, the need for communication is necessary for a nurturing existence. Trump, alone in his office or bedroom, being that his tweets are usually at some ungodly hour, sets off the tone of our country.  The world is listening, not just his base, and soon they will have a deaf ear. 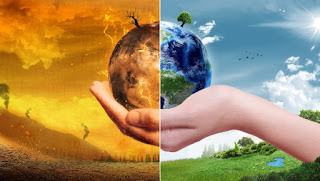 MONA LISA is the name behind the Mona Lisa painted by the famous Leonardo da Vinci. She sits in a special room at the Musee du Louvre in Paris. I chose her namesake and photo for my Blog, The Woman Card, because supposedly she is” the best known, the most visited the most written about, the most sung about and the most parodied work of art in the world”.{1} She also spurs up a wonderful memory of a trip I took to Paris with 3 Girlfriends about 20 years ago. Standing on line at the Louvre and finally seeing this famous painting, much smaller than we could have possible thought, was something you don’t forget. Her mystical eyes truly follow you wherever you go. To me, she seemed to be the perfect woman to represent The Woman Card and I really like her name, Mona Lisa.

I have always supported Women’s Rights throughout my life by voting for the party that showed the most support. In fact, all Human Rights represent Women’s Rights. Once you give up one, you give them all up. Think about this: Can you believe in the Right to Choose and not believe in Gay Rights? In my opinion, they go hand in hand. Although this Presidential Election moved me to start writing, I hope to continue following the news and writing about upcoming issues that become controversial. It is our right and our duty to speak up because if you don’t, your voice will be drowned out by those who oppose your beliefs.